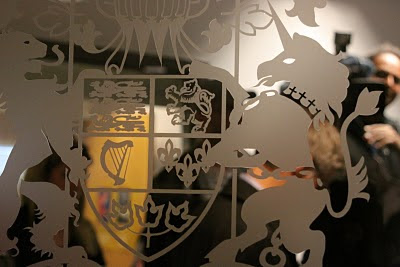 The crowd at the Immigration and Refugee Board of Canada hearing was larger today. Randy arrived walking toward the building, he stopped on the street to talk to a man drinking coffee. 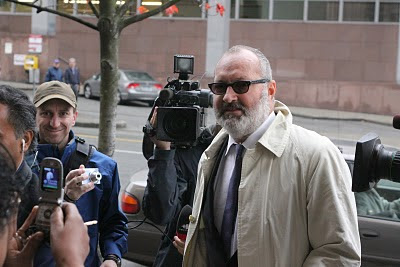 Randy's next court date for Refugee hearing is Nov 8 but there are things to consider his new lawyer stated. Randy read a statement to the press after he had returned to the ground floor. He spoke with a loud clear voice, and only broke when he spoke of his friends who were dead, he asked us all how many close friends had died for us and then his voice stopped and slightly faltered, then Randy told us their names. 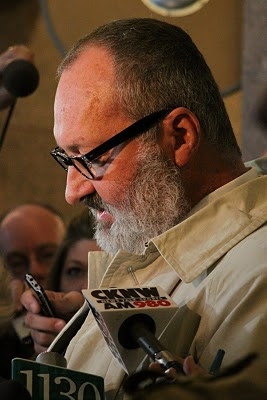 So we will need to wait to see what option he picks. As Randy Quaid left he walked toward the edge of the side walk, and shouted Evi over to the post office 15 minute parking and returned to walking with his lawyer.

This last photo is of a man and his boy/bear listening to Randy read his statement. 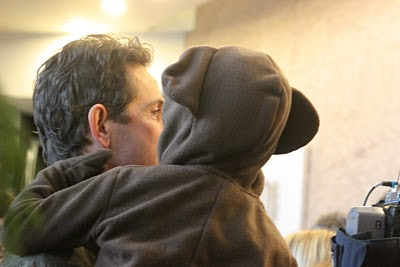