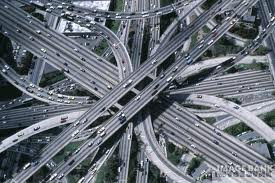 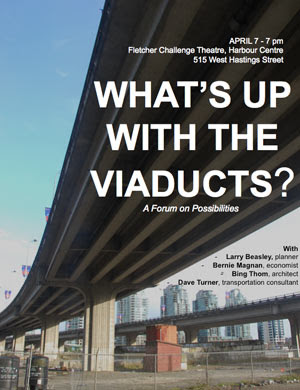 The first Georgia Street Viaduct was built between 1913 and 1915. The narrow structure included streetcar tracks that were never used. It was a poorly built structure which, over the years, threatened pedestrians below with falling pieces of concrete. At one point, every second lamppost was removed to remove weight. It was replaced in 1972 by the current viaduct, which is structurally separated and contains three lanes for each direction of traffic.
Posted by bev davies at 11:21 AM No comments:

Early this morning, I was awoken from sleep and came down stairs into the living room.

Almost every other night I take my laptop to bed, but last nite I was fretting about an email I did not get so I closed it and left it behind.

I usually leave the laptop open on the bed to Deadtv, waiting for Anton's project to start where he plays some of the best music in the world.

This interview with Bobby from the Warlocks being interviewed by Anton used to come on when he was not broadcasting, and it could be turned off. Now we have an interview with Jon the artist.

This morning at 1:20 AM something woke me and called me to the computer. I know it was Anton, not that I had too, he was just saying.

This is a photo of me watching Deadtv last night.

Posted by bev davies at 7:03 PM No comments: