I think my mind is not really able to understand that I will be in London this time next week. I think back to going there alone when I was a teenager and how it just happened. Waving goodbye to mom and dad, getting on the plane and going, easy it was. Maybe in someways it was all a mystery to me, a door that I just walked though. I am not saying I was not excited, I was just not scared. Now not so sure. 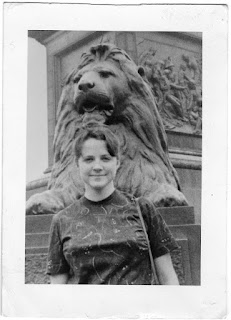 I need to get one of those plugs to changed whatever we have here into current that will charge my electric crap. computer, battery chargers, iPhone. See worry, does it come because I am an adult, I thought I was when I went over with D.O.A. but traveling in a pack has it's distractions.

There are a few things I want to do there, most of all just be there, and yes see Anton and his band The Brian Jonestown Massacre. That is why I am going.

London in 1963 was the centre of the universe. I will look for a photo of me there beaming.

I am staying at the university of London rooms. There a a few things I want to do in London and one is to go and see the Grecian Urn that the poem Ode to a Grecian Urn was written about by John Keats. 'She cannot fade, though thou hast not thy bliss  Forever wilt thou love, and she be fair!'

This will mean a lot to sit in the British Museum and look at the young couple who never in 3,000 years reached the kiss, never touched, forever just about to but never. Magic lives there and to sit and look will be wonderful, alone but sharing with my heart.
Posted by bev davies at 11:26 PM 1 comment: 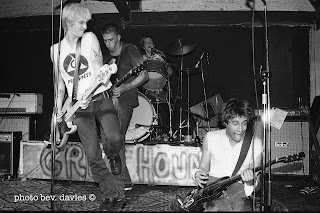 Posted by bev davies at 4:01 PM No comments:

I take photos a lot and draw sometimes, and sometimes I write. I am writing in my head all the time, or maybe that is thinking, but I think of it as writing.

The past few weeks I have been writing in my head about places in this city that seem to be a cross road in my life. Places where I have been many times in different stages in my life.

Broadway and Main comes to mind. Lately I have been going into the Tim Horton's there to get coffees to take to my friend Ron's place at 28th and Main. This building used to be my bank years ago. It was the bank that had my safety deposit in, the one with my Brick Shares, my free experiment in owning shares, BC Government's waste of tax payer's money.

It was the corner where Keith and I used to go to a bake shop that had day olds and took them to his place at 10th and Main to have with coffee while I was living in my house with no hot water, under construction stuff, or the contractor taking money from my purse, I think the later. Keith would have a hot bath ready and coffee and I would bathe and drink the coffee, eat the pastry and leave for work.

It is the corner near where I found Keith dead in his apartment in July 2007. It has been hard going there for a long time.

But is just a corner, as Neil sings 'all my changes were there' well some of them anyway. Photos to follow and more about the corner of Broadway and Main. There, did it blogged. Ha
Posted by bev davies at 10:06 PM 1 comment: