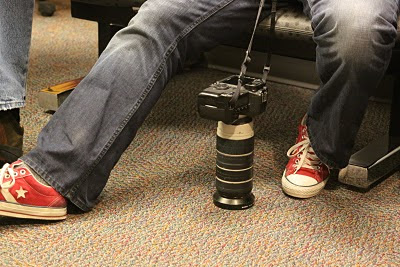 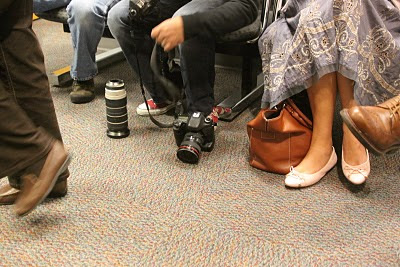 Yes I had things to do today, I was to be taking photos for Hardcore Logo live, at a rehearsal today and yet I forgot. How could I forget, well being old can not be blamed, having no calendar or pen can not be the cause. I forgot.

What I did do today - I went to an Immigration and Refugee Board hearing in Vancouver for Randy Quaid and his wife Evi Quaid. There was every publication and TV station represented there, waiting in the hall, all those press and me. I was the only non press person there. It was a long wait, the Quaids came into the court through a back door and the 1st hearing was to decide if the court would be open or closed to the public and press. The Quaids said yes to an open court room. 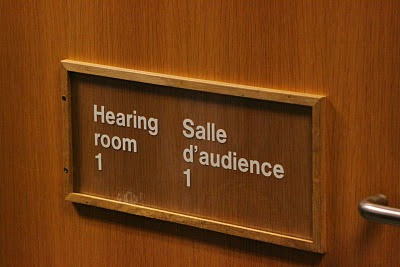 I took notes and listed to the court proceedings. I noticed when Evi reached out and held Randy's hand, then she reached and held his arm. They wrote notes to each other on the same piece of paper, writing with a yellow pencil with and eraser on the end. They did not use the eraser. When Evi became upset Randy reached for her. The signs of tenderness amid the proceedings touched me as I watched. Their puppy being at the city pound while they were in jail seemed so ordinary but touching. 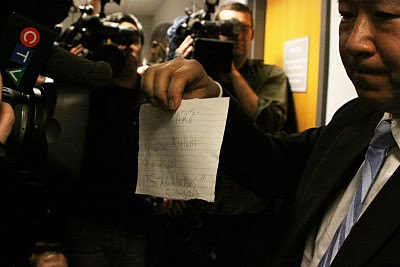 The note from the Quaids says: 'Thank you for coming. Yes we are requesting asylum from Hollywood "Star Whackers" Evi & Randy Quaid.'

Yes the Quaids wanted us there, they watched each of us walk in the court and may not have wanted to go through this hearing alone. They are public figures and yet this is such a private moment, their requests to be released, Evi's health issues, Randy's mother's health. I was there, I heard their stories, their plight, I took notes, I took some photos when allowed, but it was the simple reassuring quiet touches that was too private for me to be there. I do not understand the life of stars.
Posted by bev davies at 10:01 PM